By using Sonar Eclipse Plugin, you can see various reports inside from your eclipse IDE.

How to configure Sonar plugin with eclipse?

SonarQube is an open source platform for Continuous integration and improving the code quality.

It is entirely written in java and supported for other 25+ languages such as Java, C/C++, C#, PHP, Flex, Groovy, JavaScript, Python, PL/SQL, COBOL, etc, it is also used for Android Development

For Installing Sonar Plugin from eclipse, select Help->Install New Software Then click add, then provide Name and Location according to the following screenshot 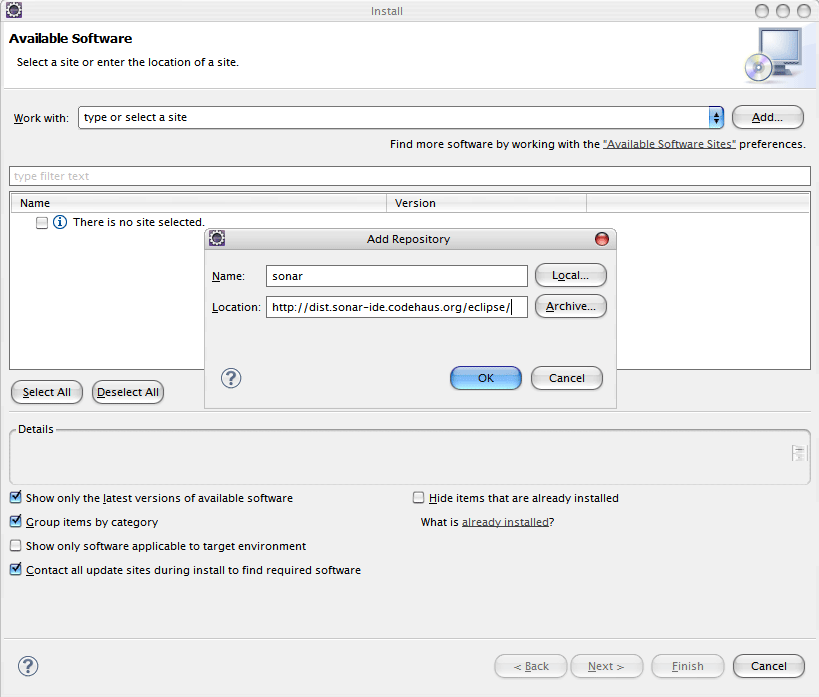 Then select the Sonar Java click next and accept the license details, it will install the Sonar

After install, you need to associate created sonar projects with eclipse (See the below screen shot)

After that type Project name on the search box, it will popup with Created Sonar projects and click finish (See the below screen shot)